OPO IV World Conference on Phenomenology: Reason and Life. The Responsibility of Philosophy

The great enlargement of the idea of reason that has been achieved by phenomenological philosophy grew out of the powerful rediscovery of human life both as an original event and as a universal source of sense. In opposition to many exclusionary oppositions between human life as an irrational factum and reason as an objectifying principle antithetical to life, phenomenology succeeded in showing how the perceptual experience of a world operates as a basic condition for scientific reason as well as how the movement of human existence lies hidden even under the abstract laws of exact knowledge. The notion of a life-world still remains a fruitful instrument for the phenomenological vocation to unify reason with life, objective truth with first-person experience, and strict knowledge with ethics. 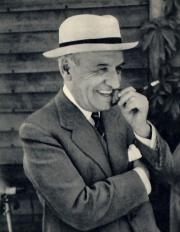 More than one hundred years after the foundation of phenomenology, and after more than four generations of phenomenological reflection on multiple dimensions of individual and social action, the basic link between human life and reason continues to occupy phenomenological thought and to challenge it to develop new approaches. But, among the fundamental aspects which today require renewed clarifications, the question concerning the place and sense of philosophy and philosophical thinking in our current culture and in our technological life-world stands out. Is the idea of philosophical rationality as a radical exercise in self-responsibility still normative and sense-giving, and must such an idea be altogether identified with the telos of reason? Which are the deepest forms for analyzing the subjective, intersubjective, and historical factors that move human life towards theoretical and practical responsibility? In the midst of the massive incidence of all sorts of technologies transforming the life-world, is it reasonable to search for a rational praxis embracing all human culture? Are there spurs for new intellectual and institutional spaces, new social and political proposals, in order to continue the philosophical vocation toward lucidity?

In the fatherland of José Ortega y Gasset, the pioneer of phenomenology in Spain and the promoter of ratiovitalism as first philosophy, the Fourth OPO Conference presents a grand opportunity for a genuine dialogue on all these issues, which are crucial for phenomenology and for philosophy and which may also be crucial for the future of human culture.